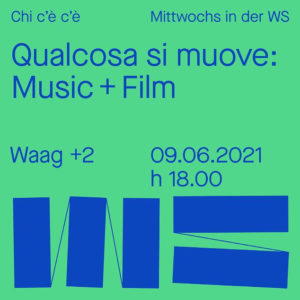 The situation of emergency we found ourselves in last year yet again put the topic of work in focus, especially in creative and cultural fields: professionals had to open up discussions and take initiatives that are until now in constant evolution. WS keeps monitoring the the situation: “qualcosa si muove”.
After the first 2 encounters dedicated to art and dance, and to photography and theatre, we will host on Wednesday 9 June local and national representatives of other 2 active sectors: music and film. The event will be hosted in collaboration with IDM Film Fund & Commission at Casa della Pesa.

The guest of the event: