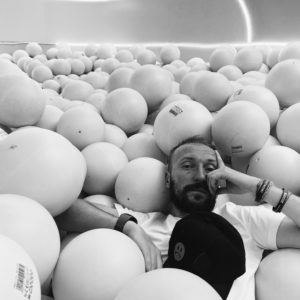 Pay as you wish

For the first time, several rappers will perform in Bolzano for a unique evening, using all three regional languages.

Alessio Cecere aka Mr.Planta and Marco Picone aka Zelda are a rap duo nicknamed ‘Wtr’. They were born in 2010 as a collective and from 2012 to 2018 they toured Italy with three different tours, successfully participating in various contests including the warnersquad, which led the duo to perform in the Warner record studios in Milan and to open the concert of many Italian artists of the rap scene (Claver gold,barracruda,Swelto&Eldomino and many others including the American Apollo Brown in Brescia)

Since 2020, the duo has welcomed two young local rap talents: Sir Chris as dJ and Nickhead on the microphone. All members are also working on their solo projects, which are soon to be released.

Ethinc Techniques is a hip hop duo, formed by rapper Zardini Daniel and producer/dj Da Col Filippo. Born and raised in San Vigilio di Marebbe, in the Dolomites, they represent their Ladin culture and language through music, trying with lyrics, often critical, to keep the hip hop original and deep.

Manu Fontana, born in 1992, is a rapper from Bressanone. From 2010 to 2014 he pushed South Tyrolean German rap together with Brothers Records and has had an on-off relationship with rap music ever since. Two EPs (‘Unser Vermächtnis’ with Black XL and ‘Omega Tier’) have been released so far and the new ‘Manuskript’ EP is planned for 2023.